SoundCloud has made some changes to the way links are displayed on Facebook, meaning an end to embedded audio on the social network. 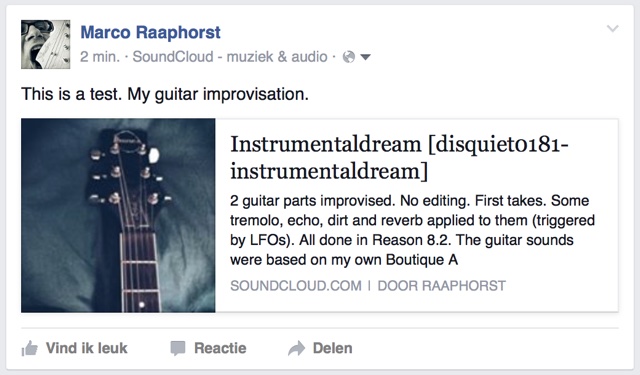 SoundCloud obviously doesn’t want its content to be shared. So why bother sending my listeners from Facebook to SoundCloud instead of my own website? The native WordPress-player I am using here on my site doesn’t look as pretty as the SoundCloud-player but who cares? It works perfectly and is as simple as pie to use (just add an mp3-link to the blog post and you’re done).