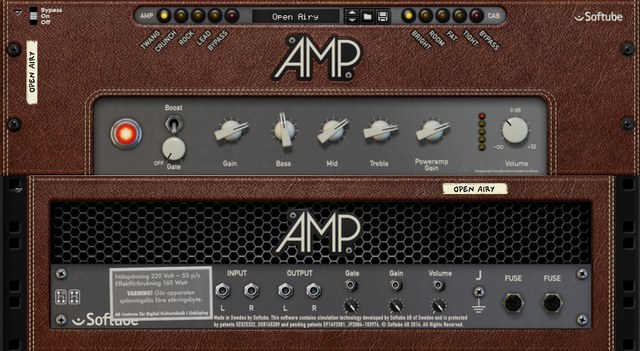 When Propellerhead announced Amp in Reason 8, manufactured by Softube, I was afraid that they would use the same models as those included with Ableton Live. These models are the worst sounding guitar amps in my opinion. When I was invited to beta test the new Amp as well as the Bass Amp, a few months ago, my doubt was confirmed: these models sounded nothing like a guitar amp with tubes. And I wasn’t alone in this, many other beta testers complained about it too. But thankfully our criticism was taken seriously and the Amp got better and better with every new beta release. The final version of Amp, which was released this week with Reason 8 (free for Reason 8 users) is an amazing sounding and very flexible Amp with many amp and speaker models which should suit any musical style.

I own a couple of amps, Vox, Marshall and this mind blowing Koch KV-50 (hand build in the Netherlands!): 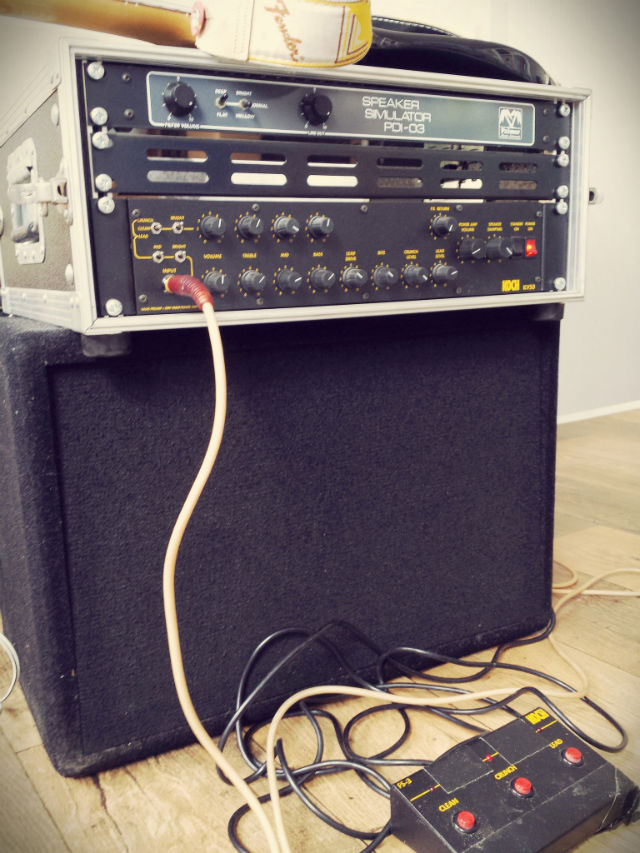 As you can see I have a Palmer Speaker Simulator PDI-03 in my rack. This works like a power soak and has a superb sounding filter. I have used this rig on many recordings and live gigs.

To make a long story short: I think the Amp can compete with this old time favourite of mine! Amp is very dynamic and has the warmth you would expect from a great sounding guitar amp. But Amp is more flexible than any other amp I have ever used.

Often I use a guitar with humbucker-pickups (Seth E. Lover neck-pickup and Gibson Classic as bridge-pickup) which often creates a nasal and dull sound when using the neck-pickup (because of the low frequencies) with an overdriven setting on an amp. Not so with the Amp which makes it easy to balance the lows and mids in such a way I don’t end up with that nasal and dull sound. An early beta version of the Amp had serious issues when using neck-humbuckers, a showstopper for sure, but thankfully these issues got solved in such a beautiful way!

Here are 2 examples using both Amp as well as my rig with the Koch and Palmer Speaker simulator. The amps are not 100% similar but can you tell which one is the true tube amp?

Update: in january 2015 I have released the Boutique Amp ReFill containing 57 patches which are build on the Softube Amp Rack Extension. It’s available for $15 in the shop.

14 Responses to Oh my tubeness! Amp in Reason 8 sounds amazing!