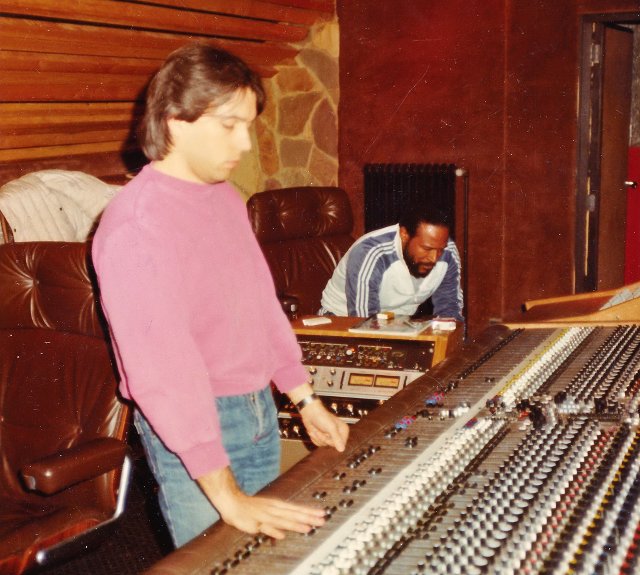 Oostende Healing is an audiodocumentary about Marvin Gaye who recorded his last album Midnight Love not in the States but in Belgium where he lived at the time (Ostend from 1981 – 1982). The audiodoc is mostly in Dutch but some parts are in English. It was broadcasted on Dutch public Radio, on Radio 6 and on Radio 1 in April 2014.

I made this documentary because Marvin would have turned 75 years old on the 2nd of April 2014 if he wasn’t shot by his own father one day before his birthday on April the 1st, 30 years ago. Oostende Healing is my tribute to Marvin Gaye.

I was also interviewed about this documentary on 1 April 2014 in the famous Dutch radio program ‘Met het Oog op Morgen:

(on photo: Mike Butcher with Marvin Gaye in Studio Katie / photo from archive of Mike Butcher)

Flo for Android
Selection of my music on Vimeo