Here’s my list of cool stuff to read, watch or listen to this weekend. Killing time!

The genius of Apple

It was a bit of a crazy week. This Tuesday I made an appointment at the Apple Genius Bar for my late 2013 MacBook Pro retina. For the second time my retina screen was having some serious problems. The first time it happened was back in 2014 when the screen showed a large bright spot, an annoying color difference. The screen was replaced with a new one. No costs for me but on the bill I saw that a new screen would have cost me 553 euros. That’s a whole lot of money for a shitty screen!

Guess what? This brand new screen was also a shitty genius screen. The cheap genius coating of the retina screen was causing stains all over the place. Apple admitted it was their mistake (genius!). Many people are having these kind of issues with their retina screens, see www.staingate.org So I made an appointment and brought my MBpro to the Apple Store this Tuesday. I got it back yesterday (4 days lost days without my computer, my studio …). But anyways I got it back and didn’t have to pay for it (price of screen seems to have gone up, this time it was 576,00 euro for that genius screen!). But guess what? This screen was shitty as hell too! As soon as I booted my MacBook I saw a vertical line flickering! How could the genius repairman not have seen it!?!? Here’s how ugly it looked: 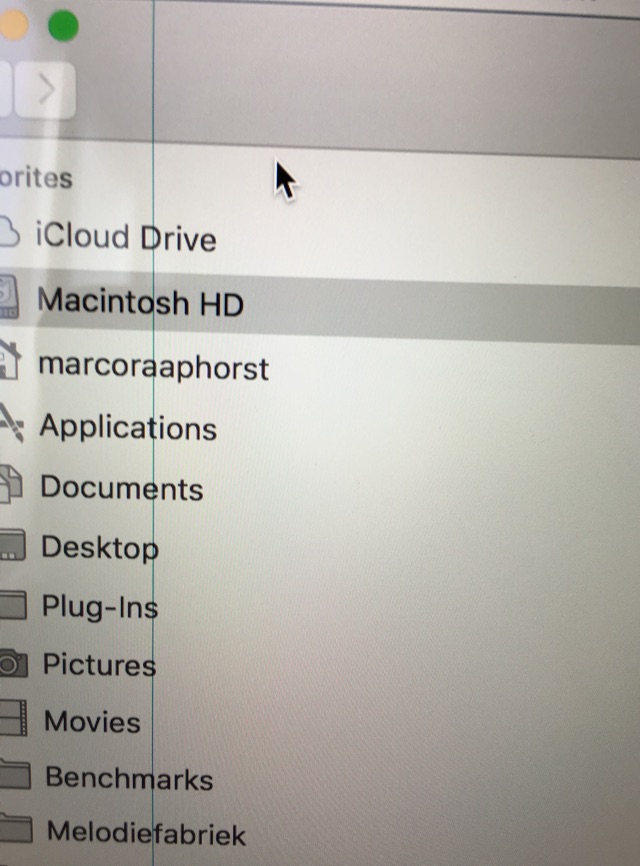 So I brought it back to the Not At All So Genius Bar. I showed the photo to the genius guy at the Lame Bar. He told me:

I told the genius that this was obviously a hardware problem, not software related at all…

Anyways, they took my Mac in again and repaired it within a couple of hours. Nice. Another 576,00 euro bill I didn’t have to pay for. So there you go, my late 2013 MacBook Pro retina has had it screened repaired 3 times. I call it the Genius of Apple.

So, what else is new?

Ever heard of the term/genre Hautology? Me neither. But now I understand what Whitney Mercurio, the editor in chief of Reserved Magazine, once told me about my track Free Bassel. She wrote me:

I have stumbled upon your music and downloaded Free Bassel, which is one of the most hauntingly beautiful songs I have ever heard.

I love that Hauntology thingy. Faux analog, old sounding, yet modern. It makes your head go “I know this song for forever”. But you don’t. Classic vibes.

Its like Instagram filters. Or that lovely VSCO app which can add retro colours to photos. Warm faux-analog tones with a layer of white to soften the contrast. We apply the same take-us-back-to-the-good-old-days techniques to music. Digital is great but colourless. A blank canvas. Undistorted. So we add the funky faux-analog filters and distortion to get that vibe. Retro yet modern. A timeless sound.

Here’s a picture I made: 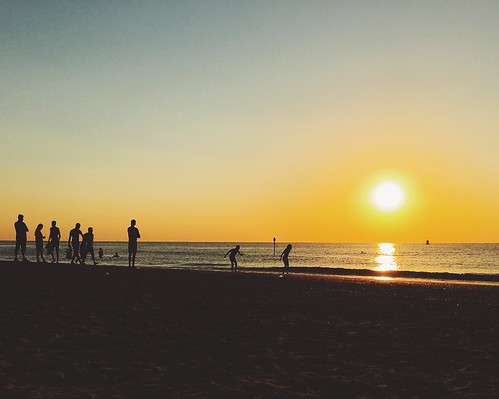 I am very lucky to be living here in The Hague (the Netherlands), so close to the beach!

One of the true pioniers of modern instruments and instruments has died last Saturday: Don Buchla. He was extremely important for the development of modular electronic systems. A system which is also the foundation of Reason, in digital format (using the same CV patching approach as any modular system).

Keyscape might be the plugin of the century. It’s like a super cheap way to get ultimate sounding pianos. Check out all the audio demos on the Keyscape-page. And listen to my favourites:

Greg Phillinganes playing Peg. Man, if I were Spectrasonics I would have asked Donald Fagen as well to play some nifty chord stuff! Keyscape is made for Steely Dan! And this is totally on the money:

Phillinganes versus Sly and Hendrix:

It. Is. All. So. Good. Mindblowing. Must have plugin for sure!

I am working on some generative music pieces which I create in Reason 9.1. Long ambient pieces which flow nicely with slowed down videos and videos which are edited to a slower tempo. Did you know that the key to everything is timing? Not only in music but also in video editing. It is that timing which makes some music go very well with the images. It’s that magic when images and music start to swing together. It’s an art-form. More about that some other time.

For now I want to recommend an old article on Brian Eno talking about generative music. If you’re unfamiliar with this, go ahead and read it: inmotionmagazine.com/eno1.html