On January 31, 2014, Bassel wrote to his friend Jon Phillips from the Damascus Central Jail in response to Phillips’ suggestion that people might make a record album inspired by his ongoing incarceration. Bassel replied in part: 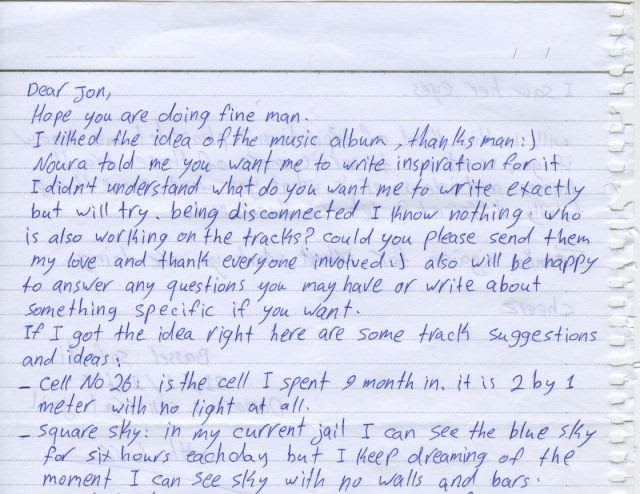 The Noura mentioned in the letter is Bassel’s wife. See the full letter and information about actions to mark the fifth anniversary at:

I only used my guitar and bass.
Direct recording, later on I applied some guitar and bass amp sims using Reason 9.2
+ Audacity (MP3 convertion) + iTunes (metatagging and artwork).
It uses a few chords on repetition over 6/8.
Melody played on guitar and bass for added depth.
I have another track which I created for Free Bassel:
Raaphorst – Disquiet0108-freebassel