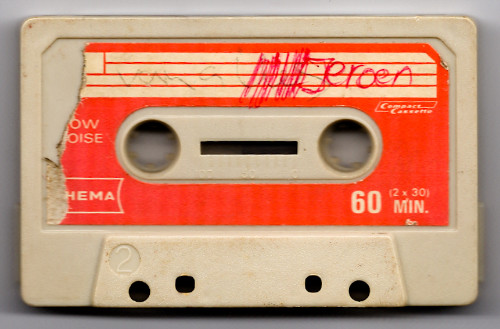 One of the coolest inventions of my youth: cassettes. Daily I was recording music from the radio by pressing the pause button every time I heard some I like. I bought the first Sony Walkman when it came out. A device which made listening very private – thanks to the headphones – and mobile since you could take that recorder anywhere. Here in the Netherlands we love to bike, so lots of people used the Walkman as a soundtrack device to get to school or work. And so did I.

The cassette would never be a success without the great invention of Ray Dolby. Although he started with professional Dolby A, Dolby B turned out to be the best compromise for noise reduction and compatibility. Dolby C was an improvement on B and my preferred choice when I started to use a much better cassette deck. I still own a fantastic Nakamichi Cassette Deck 2 for all the cassettes I still own.

The basic technique of a Dolby system is brilliant and rather simple at the same time. Ray understood that because tape has a lot of self-noise you needed to push the sound you’re recording to the loudest level or else it will be buried in noise. But getting a loud level is tricky because the headroom of tape is rather limited. It’s easy to overdrive the tape.

What Ray did is adding high frequencies to a signal when recording (indeed, that makes the headroom issue a bit more tricky) and filtering them on output. As a result because of the filtering the self-noise of the tape was filtered as well. And this was rather effective because it did result in less noise.

Even ’till this day I love the sound and look and feel of cassettes.

Ray Dolby deceased on September 12, 2013 at the age of 80 from the effects of Alzheimer’s and leukaemia. I want to thank him for making cassettes so enjoyable!