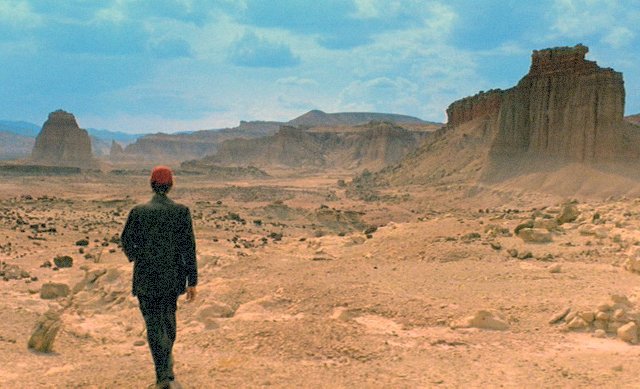 Let’s say we are asked to compose music for a film. A story must be told. We know that adding the wrong music will harm the film, will harm the story. So what should we do?

Music is a trigger for emotions. Music creates feelings. And most people have a basic musical understanding and will feel the emotions which are transferred by music. Basic emotions like happiness and sadness for example can be transferred easily by using nothing more than a melody. But also the other basic emotions like anger, disgust, fear and surprise can be expressed through music.

Music can show us how the actor feels even without the need for the actor to express it by acting or using words. It’s a secret layer for expressing emotions.

A good example is the score that was composed and played by Ry Cooder for the film Paris, Texas (IMDb link). We hear Ry on acoustic guitar with a bottleneck on his pinky expressing the feeling of “sadness or depression of the spirits”. The feeling of melancholy, a longing for the past. And most of what is being said in the film is expressed without words through the music.

Reason rack close up: Selig Gain [RE]
The Distortion of Sound – a documentary about the decline of sound quality