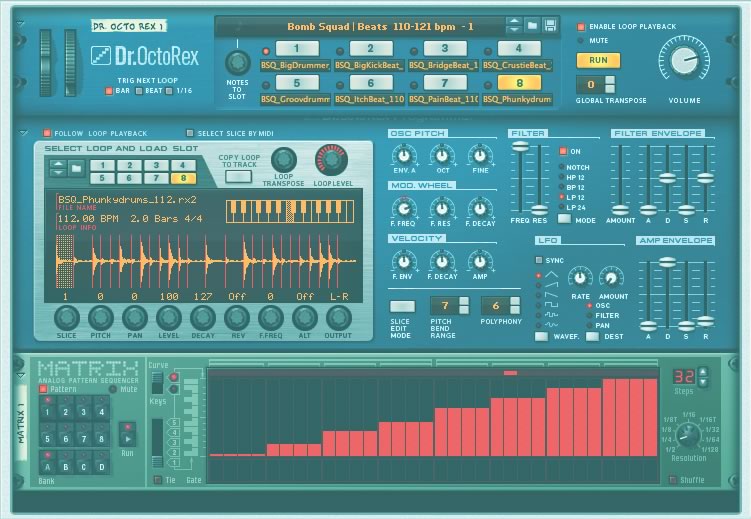 Just when I thought of learning how to use Pro-24 a new software program was released: Cubase. It was 1989 and the Atari computer with its build in MIDI IN and OUT (!) was the hippest thing ever. You could layer synths, samplers and drummachines on top of each other using multiple tracks. Which we did since we used many synth and sample modules back in the day. Remember the Ensoniq Mirage? The Akai S900? The Yamaha TX7? We used those and many other modules which were boxed into two large 19″ rackunits. Analog Reason racks for real!

Using these devices was a struggle. A struggle with timing. Because all modules responded differently to the incoming MIDI notes from Cubase. In general most of the modules we used had shitty MIDI timing. Drumsounds came out sounding like flams. And layering bass sounds often resulted in weird issues; attack flams, weird “random” phasing and things like that. The delay option per track in Cubase came in handy to correct these issues bit. Although it was extremely time consuming.

To make things worse we synced our Atari to 8-track and 16-track taperecorders using MIDI timecode. Thats was far from a rock solid combination. There was always a drift between the Atari and the taperecorder. And dropouts on the tape were causing even more serious issues. In short: it was hell!

Even using SMPTE didn’t solve the timing issues we had. 25 frames per second is a shitty resolution for music. Often we felt like doing a punch in one frame too soon or one frame too late. And using tape with a computer felt like adding randomness to the groove, to the general timing of the track. And although randomness feels like a human thing, it’s not. Sloppy timing is not a groove, and sloppy timing generated by a machine is even worse. So yeah we worked very hard to get a great groove going, but we almost never got to the level we heard on other people’s CD’s at the time. Probably what we needed was a Fairlight or a Synclavier. And a digital recorder. 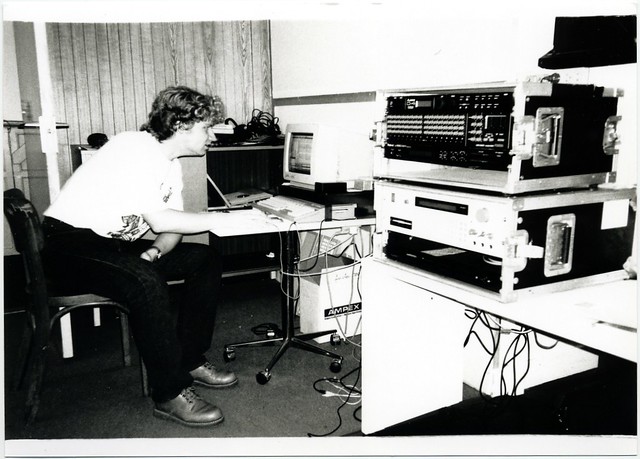 I should say that after working (and fighting) for like 6 years with the Atari I decided to do something else. I focused on doing things live, me playing guitar. I sold my 19″ guitar rack, bought a VOX AC15, a Tube Screamer and Vox WahWah. In the next couple of years I did record some things with my bands but everything was done live in the studio. I remember only one trumpet solo as an overdub, but that’s about it. Of course there were tiny mistakes, but thank god we did groove happily together!

Fast forward to today and here I am being very happy to be able to use the computer as my recorder, as my studio. Stuff is no longer running out of sync. And today we’re more into the groove than ever before. I can make things groove together. Over the last couple of years I’ve recorded some stuff without a click track and make it work in a track. Just me doing some demo guitar on my bed. And deciding later on to see if that works in a track, which it does.

Since ReCyle 2.0 came out (the version that made it possible to create stereo REX-loops like the ones included in Reason’s Factory SoundBank) I started to create all kinds of percussive sounding loops. By the way, all the shaker loops in the Reason FSB (since version 3.0) are mine. And in Reason 7 it’s easier than ever before to work with loops and larger chunks of audio since now you can time-stretch and pitch-shift the audio and convert it into a REX-file from within Reason. This way you can capture grooves from performances and apply it to other parts in a totally flexible way.

It has gotten to a level where grooves can sound like a well played “humans using instruments” groove. But with the additional flexibility computer software has to offer. You can now further process that groove and make it work in your song while embedding the soul, feel and sound of a godlike guitarplayer like Wah-Wah Watson for example. Like Propellerhead is doing with its Soul School ReFill series. Check out this video if you’re not yet familiair with the concept:

And listen to what James Bernard is doing with it. He gets that old sound and vibe but at the same time it’s twisted in a very funky new way: