One of the reasons I had fallen in love with Reason back in 2001 was because of DrREX, that nifty device which was able to playback  rhythmical funky loops. When a couple of years later ReCycle 2 came out I bought it straight away. It’s capable of creating and editing RX2 loops in stereo. A feature that was added to Reason in version 7 so you no longer needed ReCycle to create these files. Or do you?

For percussive sounds, sounds and notes in a loop with sharp attacks, the RX2 format sounds much better than WAV/AIF in Reason or Ableton Live. Live is known for its easy drag-and-drop-a-loop-and-play-happy but its time stretching algorithm is still a little lacking in sound quality. For percussive sounds when using WAV/AIF it simply lacks the sharp transients only a RX2 file can give you.

So it’s a safe choice for me for many years: when using drum and percussive loops I will always choose the RX2 format. 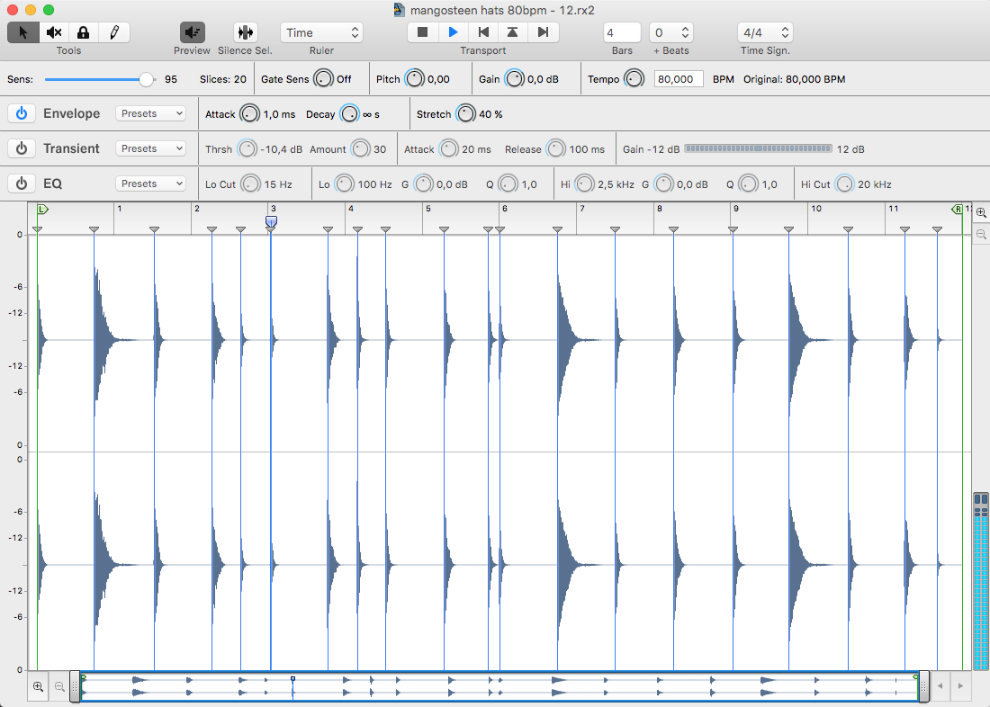 Like I’ve said earlier in this piece, when you are a Reason user (version 7 or higher) you can create your own RX2 files in Reason. But if you are an Ableton Live user I would say you definitely need it since Live can’t create or edit RX2 files only read and play them.

When using Reason for creating RX2 files it uses the default ReCycle settings which are:

In most cases you won’t need these extra features. I am the person who has asked Propellerhead for 0 ms support in Reason because back in the day DrREX would playback a RX2 file using the 0 ms setting like the RX2 loop would be using the 1 ms. setting. I remember the Props asking me when I visited them in Sweden many years ago: “how on earth where you able to hear this?” Hearing the difference between 1 and 0 milliseconds can be hard I guess 🙂 Although I always love to mix HIFI with LOFI sounds, I want to be totally aware what the software can do to a sound and what not. I want to be able to control my audio in the most precise way.

So for some electronic sounds with super sharp transients, static clicks for example, this can be interesting. I must say though that I rarely use the 0 ms setting. In a lot of cases the 0 ms setting will add a click at the beginning of every slice which the original loop lacks. It sounds like a digital click, so the 1 ms is really a safe bet I recommend for 99,99% of all loops.

When using RX2 loops which have an attack at 0 ms, Live will ignore the attack and play it with an attack per slice of 1 ms (so like DrREX used to do as well, back in the day). So for super sharp transients Reason might crunch Live in a millisecond 😀

The EQ and Transient parameters in ReCycle almost never get used by me. But I do use the additional features like Normalize, Crop Loop and Remove DC all the time! 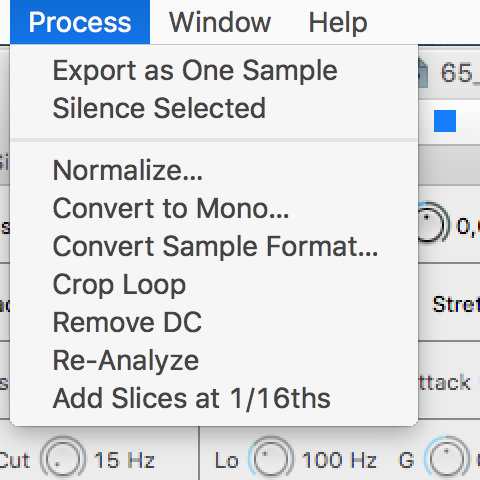 Create in Reason and finish in ReCycle

What ReCycle lacks is a click-track. It shows bars and beats but you can’t LISTEN to how the loops sounds against a steady clock. If they had only added a click track that would have been killer!

So my advice: create the RX2 loops in Reason first and then finish them in ReCycle. This way you can create the best sounding sharp transient loops in the best loop format ever. And thanks to some nifty non-lossy data compression the files will use the least amount of disk space.