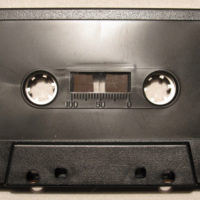 This cassette-tape field recording was made during the 76th annual AES (Audio Engineering Society) Convention, which took place in New York in October of 1984. The first segment captures a short dialogue concerning the capabilities of a curious device called the Monster, which is described as a “Mono Stereo Coherency Evaluator”. The second and third […]