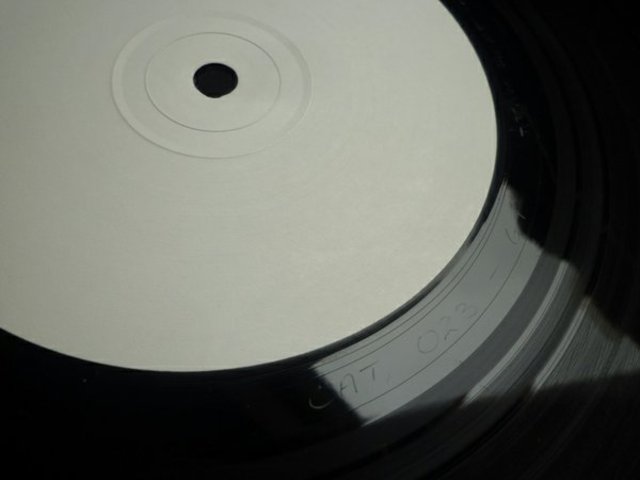 (don’t miss Update 2 at the bottom of this post!)

We Are The Music Makers forum have done a successful Kickstarter within 24 hours after the start (!) by buying Aphex Twin’s test pressing only Caustic Window album as a group buy. The album was on sale on Discogs by a friend of Richard D. James aka Aphex Twin who received the album back in 1994:

He was given it around the time it was pressed, probably in a very mundane “Here, this is Richard’s latest Caustic Window stuff we’re thinking about releasing” sort of way. Rephlex are very laid back like that.

As far as I know this is the first time a forum buys an unreleased record. Although this is an interesting story what’s even more interesting is of course the music itself. It seems that we all will be able to hear it:

The thread I posted with the FAQ has been updated with the news that it will not be limited anymore — a few forum members were worried they’d miss out, and so I proposed the idea to Grant, and he was fine with it. Honestly, the limited number was only a result of trying to figure out a reasonable price for everyone to pay and more importantly, meet the Kickstarter goal — there was never any (conscious) effort to make it “exclusive.” Anyone will be able to order a copy for as long as the Kickstarter is running — after that, that’s it. (Until the record goes on Ebay and whoever buys it gets the physical record, that is, and I’d sincerely hope they wouldn’t leak it online.)

It’s Marc Weidenbaum of Disquiet who has published an interesting interview with the man behind the Kickstarter group buy: Joyrex, the moniker of the person who started the We Are The Music Makers forum back in early 2000.

Update 2: In the Dutch magazine OOR of 9 september 2014 in an interview with Richard D. James about his new album Syro this story gets an interesting twist when Richard says:

“It was Grants copy,” says Richard now, referring to his old bosom friend Grant Wilson-Glaridge, with whom he ran the Rephlex label since 1991. They released nearly 250 albums, but Rephlex appears to have died silently late last year. Richard was done with it, and Grant had built up a substantial debt. In order to repay bank debt and avoid personal bankruptcy he threw his collector’s item on eBay. “There are hardly more than ten pressings made of it. I got four and home and a few friends also have copies. I told Grant he just had to be honest – he will not like me saying this now, but I don’t care. I said: go to look for publicity, say you’re broke and how much you need to resolve your debts and for that you want to sell this rare album. I’m sure he would have made a lot more money. But he’s too proud, he does not want be honest about it.