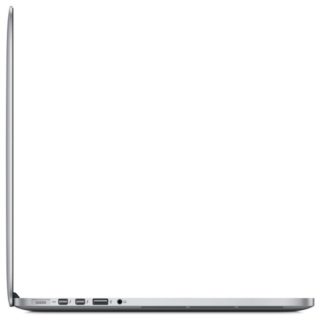 Since I bought my first MacBook Pro many years ago I started to use it also as a mixing reference. And I still do. Most of the time I will use my Pyramid Triple P near-fields but I will also switch to the build-in speakers of my MacBook Pro from time to time. Why? Because many people I know use a MacBook Pro as well, so I can make it sound great for these people. Including my clients who are sometimes also MacBook Pro users.

There’s one thing that annoys me though: the speakers of my 15″ MacBook Pro (Retina, late 2013 model) can’t handle any serious low end. Cause by a design flaw of Apple. Although the old MacBook Pro model did lack the amount of low end the new model can produce, they didn’t start to distort and resonate like the new model does. This problem gets super serious if you’re working on ambient tracks. Most ambient tracks on a MacBook Pro will sound super distorted. I’ve contacted Apple about it but never got an answer from them.

Resonance on the low end is always something you have to be careful with. It will make most cheap laptops sound like there’s something wrong with the sound. I’m aware of that. But at the same time you don’t want to kill all the low end ’cause that will make your mix sound too “light” and overly bright.

Mixing is a compromise. Most people will not listen in ideal circumstances and will use less than perfect speaker systems. Therefore I think we, audio professionals, should use the same tools as the listeners whenever that’s possible.

Trash King (demo)
Do you have a testimonial to share?