by Marco Raaphorst on September 9, 2014 in blog 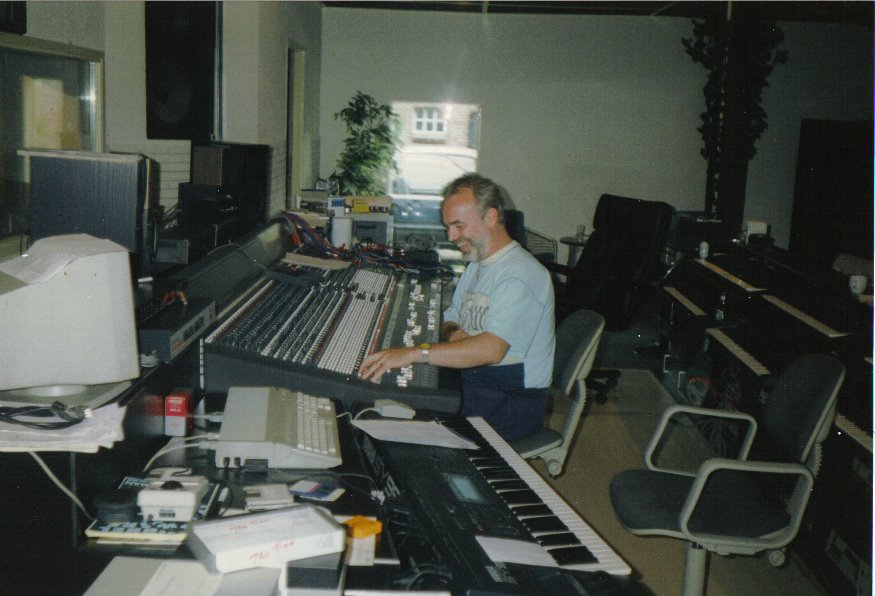 A coldness fell over me when I heard the news on the 6th of september that Dutch musician and producer Okkie Huijsdens had died the night before. I got to know him a bit via Facebook, but I got to know him mostly by listening to his music, his own voice, while singing.

Okkie sang on the hit single of Stars on 45 which was produced by Golden Earring producer Jaap Eggermont (also the first drummer of the group). It’s a single made out of a mix of Beatles-hits which was re-recorded including the vocals parts. A modern disco beat was added to glue the songs together. It came out a day after the assassination of John Lennon and reached number 1 in both The Netherlands and the US.

When I was 14 years old The President, a band by Okkie Huijsdens and Pim Koopman, came out with their debut album in 1983 By Appointment Of… They won a Dutch Edison with this record thanks to the superb popsongs and supreme production. Next to the multi-instrumentalists/producers Okkie and Pim, guitar player Bas Kumperman and bass player Frank Papendrecht have contributed to this band.

By Appointment Of… is a great AOR record showing a nice melting pot of American music influences (Hall & Oates, Steely Dan, Prince among many more). Listen for example to Going’ Place (including the mind blowing ‘Beat It’ guitar solo of Bas):

They made 2 albums in total. Muscles being their second including this great ballad:

A few months ago on Facebook while working on my documentary about Marvin Gaye I asked Okkie if he and Pim used a Linn Drum on The President records. Marvin pioneered with the Roland TR-808 which made me wonder about Dutch musicians pioneering with these kind of machines. Okkie told me that although some of the drums sound like a drumcomputer they did not use one. It was all done by either real drums and tape loops (using pencils to make these long loops with tapes).

I owned both albums on CD but unfortunately both got stolen many years ago when somebody broke into my house. The music of The President is rare, not available on Spotify, not even available on The Pirate Bay. There are only a few bits of pieces left on YouTube in low quality… damn! The Dutch music industry doesn’t seem to care for it’s own musical heritage! And that’s fucked up. All they do is tell people who copy music are thieves. But the opposite is true: we need copies, the more, the better.

Pim passed away 5 years ago. And now Okkie is gone too. I feel sad. Rest In Peace soulmate.