The new free Music Memos app by Apple is a brilliant way to record musical sketches by using an iPhone/iPad. It allows you to record an audio track which automatically will be analysed on its chord structure. If the app detects the wrong chord you can correct this by choosing a chord manually (including more complex chords like Dim, 6s, added 9s, etc.). Additionally you can switch on a realistic virtual drummer and bass player jamming along with your recording. These virtual musicians are using the same intelligence which was introduce a couple of years ago in Apple Logic Pro X Drummer tool that is also available in GarageBand in both OSX and iOS versions. Great fun and the sound and feel of these virtual musicians is just fantastic.

You can open these Music Memos, which are in fact band-files, in GarageBand (and in Logic Pro X I presume) on either your iOS device or OSX device. And that’s JUST BRILLIANT! When opened in GarageBand the Music Memos band-file contains:

You can take it from there. Even the iPhone version of GarageBand contains the intelligent drummer. It will respond to the recording of Track 1 like a real drummer would do. SUPER BRILLIANT STUFF! This way you do very advanced recordings using nothing but an iPhone or iPad.

Click on the images to see them in full: 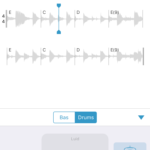 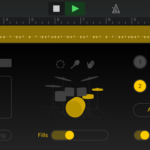 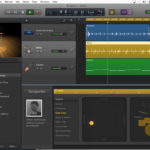 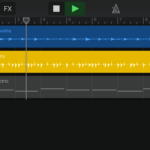 Note: iOS 9.1 is a requirement