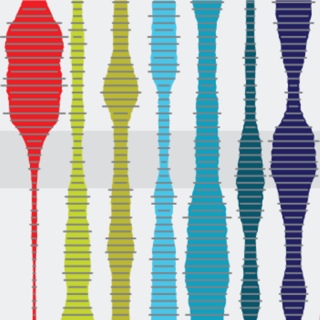 Queen Mary University of London and Imperial College London have computer analysed 17,000 songs from the US Billboard Hot 100 based on Timbre and Harmony data. The conclusions are particularly interesting.

H6 combines several chord changes that are a mainstay in modal rock tunes and therefore common in artists with big-stadium rock groups like Van Halen, Queen and Kiss. Between 1978 and 1985 are the highlight days of H6.

And then H5 (no chords!) become more frequent in the late 1980s and then rises rapidly to a peak in 1993. This represents the rise of hip hop, rap and related genres. Because of it’s exponential growth this genre H5 + T 3 (energetic, speech, bright) is considered as the main music revolution of the last 50 years.

The 3 genre based revolutions

The researchers feature three major stylistic periods of the past 50 years based on Harmony and Timbre:

What will be the next musical revolution?