by Marco Raaphorst on November 26, 2013 in blog, interviews 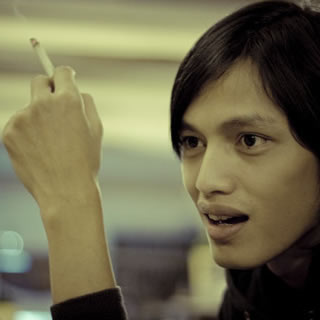 Kuassa is an Indonesian company and they make in my opinion the best sounding Rack Extensions for recording guitars using Propellerhead Reason software. At the moment of writing they have two plugins out: Vermilion and Creme. I wanted to know more about these mighty fine Rack Extensions and so I decided to ask the Chairman/CTO and DSP programmer of Kuassa, Arie Ardiansyah, some questions.

What’s the difference between your Creme and Vermilion Rack Extensions compared to VST and other plugin formats?

Arie: The general differences between VST/AU format vs RE format is as follows:

What is the hardest thing to do/achieve in guitar-amp modelling?

Arie: Everything begins from the sound, the tone that I want to achieve in my head. So, the hardest part is what needs to be done achieve that 🙂 Please refer to the next answer because it’s closely related.

What kind of hardware was used as a reference for analysing/modelling?

Arie: I’m not trying to clone a certain amp specifically. I usually start by reading lots of amplifier schematics which sound roughly similar to the tone I hear in my head. From many of those references, I start to separate each of the tone coloring parts, for example: where most of the distortion occurs, how many tube stages are used, where the tone shaping process takes place, the type of power amp used, etc, which finally can be re-calculated and put together one-by-one until it can achieve the tone I want.

What audio-interface(s) do you recommend for recording guitars?

Arie: Specifically for a guitar amp plugin, I would say anything can do. For me, the most important part is to make a dry signal as loud as you can as long as it doesn’t peak (look for an optimal setting). It can be very helpful to plug your guitar through a tube preamp first before the soundcard input (I’m still using my old and humble Behringer mic100 and ESI juli@ Soundcard that I’ve used since the Aradaz Amp era). In addition, a noise-free cables and a soundcard with dynamic range above 110dB are essential.

What else would you like to share with the Reason users, a special creative use or something else?

Arie: At this time, “secretly”, we are in progress on developing a brand new Bass Amp plugin 😀 please wish us luck!