by Marco Raaphorst on September 27, 2013 in blog, interviews 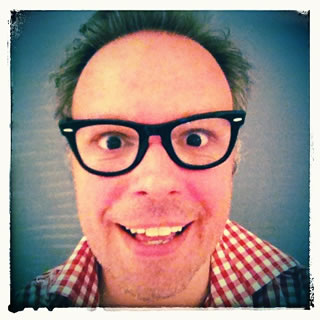 If you follow this blog regularly you must remember that I did a special about the Pulveriser device (see this tag) back in July. One thing I had in mind was doing an interview with the person who came up with the idea for this device: Mats Karlöf.

Well, that took a bit longer than I expected. But I gladly present that interview to you today. You will learn about the philosophy behind the Pulveriser device and the kind of hardware which was used as a reference for analysing/modelling.

The team that made Pulveriser

Who came up with the idea to do this Pulveriser device?

Mats: That was me. The idea came from a frustration that everything sounded so clean and perfect. The soul of the sound was dead, too clinical. So I wanted something that would take all these perfect sounding samples and recordings and introduce tome grit and dirt again.

What kind of hardware was used as a reference for analysing/modelling?

Mats: Shure Level-Loc for the compressor part, the RAT distortion pedal for the dirt part and the filter we used a similar LP12+notch that could be found on the Nord Lead.

I was trying 30+ different distortion pedals on drums, synths, bass and guitar and RAT seemed to be most all-round. The Tube Screamer would work best on guitars but would sound to weak on an 808 kick etc.

What kind of usage was it meant for? Using it as a guitar effects unit, making wobbly basses, things like that?

Mats: The general purpose was to make things more dirty and add character to an otherwise lifeless recording. I think that you can add the Pulverizer to any Dr. Octorex loop and it will sound better. But it works great on guitars and wobbly basses as well. We are all surprised on how often that little field unit can be applied with a positive effect. The built in parallel processing by adding a Dry/Wet knob makes it useful even on vocal takes.

It seems that the modulation output on the back don’t offer full range (127) CV values, why’s that?

Mats: The “Tremor” provide the full range. The envelope follower needs quite a high gain input to reach 127. So if you put two pulverisers after each other and max out on the volume you’ll get the 127 CV range.

What kind of trick with the Pulveriser most people don’t know about (yet)?

Mats: Difficult to say I think the fact that the Comb filter on it’s lowest frequencies starts to behave like a delay is quite neat, e.g. the “Slap the Drums” patch. It can create some great unexpected breaks in a song. Also, putting the filter before the compressor in the sound chain can change things quite a bit, e.g. the default patch Basic Pulverisation get a completely different attack by just putting the filter first.

A few additional notes from me (Marco Raaphorst):

It’s interesting to find out that the compressor of the Pulveriser is based on a Shure Level-Loc. My favorite engineer, the guy who brought back great sound into the 80’s Tchad Blake seems to be a fan of that device as well:

However, Tchad Blake producer/engineer extraordinaire used it to create massive drum sounds and kind of turned this somewhat lacking piece of gear into a vital underground classic.

The Shure Level-Loc was made famous by Mitchell Froom and Tchad Blake, who use their horrible, trashy sound to add character to drum tracks. These squash the signal completely, adding all kinds of nasty distortion to the sound. They’re wonderful. Track a mono room mic through one of these, and mix it in with your regular drum mics for a very cool, character-filled sound.

I’m a guitar player and the ProCo RAT pedal is a classic distortion pedal. I have used it in the past but don’t own one anymore. The only distortion I’m still using is an Ibanez TubeScreamer TS9. Even on guitar this pedal will show some serious lowend roll off (which sounds okay for guitar). So I can understand Mats not using it as a model since I can imagine it would eat all the low end of a 808 kick.

Mats speaks about the Comb filter “secret” short delay sound. I devoted one of my specials to it, do read it if you’ve missed that one in July. And again, for all my specials on the Pulveriser (see this tag).

I’m still working on a mind blowing Special Sauce Pulveriser ReFill. More information about that when it’s getting close to finished…

P.S. I mentioned Tchad Blake in my first post I wrote about the Pulveriser. I guess that wasn’t a strange idea after all… 😀

(some of the above photos were copied from Preservationsound.com and Jazzguitar.be)