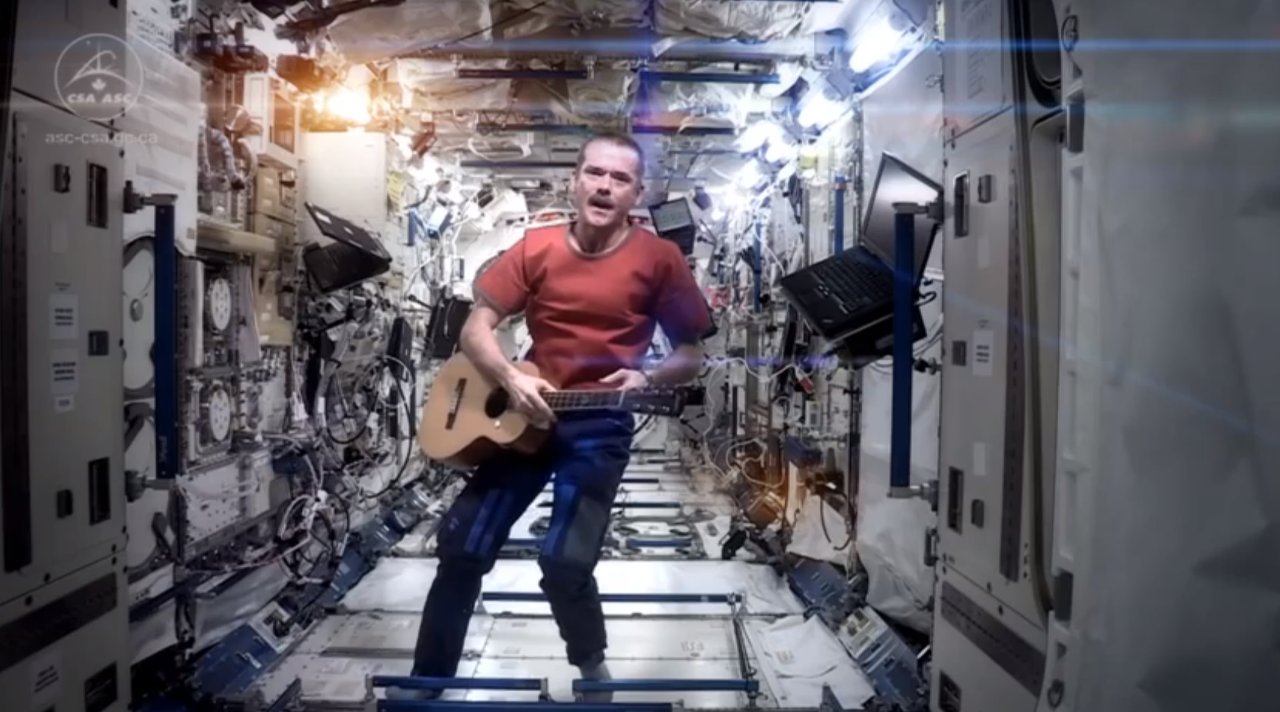 On the 12th of May 2013 astronaut Chris Hadfield published his revised version of David Bowie’s famous song Space Oddity recorded on video on board of the International Space Station on his last day on the job.

Now one year later this video will be taken offline within a couple of hours because NASA only got permission to use it on YouTube for one year:

Bowie’s last day – we had permission for a year, so our Space Oddity video comes down today.

The first music video ever recorded in space is now lost in space!!!

This is a historical mistake. Copyright hell. *sigh*