I played with these wonderful people (some are very well known musicians in the Netherlands):

It went great! Here are a few shots and videos which were made. 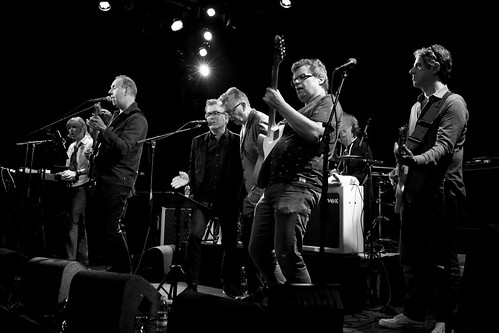 A small part of Human Heart, sang by Hans Croon (The Dutch), (filmed by Puck Raaphorst):

And the final track of our set (filmed by Hilde Hoekstra):

Do check out the great photos Guido van Nispen took of us.

This week we will also be playing at the local festival NIMBY in The Hague. We want more? Who knows…

the artist formerly known as Raapie
View all posts by Marco Raaphorst →
Parallel chords in Peter Gunn Theme by Emerson, Lake & Palmer
You don’t have to do it like that