by Marco Raaphorst on September 9, 2016 in blog

Yesterday I wrote a blogpost on how to generate odd and even harmonics in Reason. Today I will do the same for Ableton Live.

The good old Jack Endino article is highly recommended when you are not familiair with these concepts. But well, I will explain this as easy as I can in the blogpost below as well. Jack states that tape-devices generate ODD overtones and that tube can do both ODD and EVEN overtones.

Here’s a picture made with Ableton Spectrum: 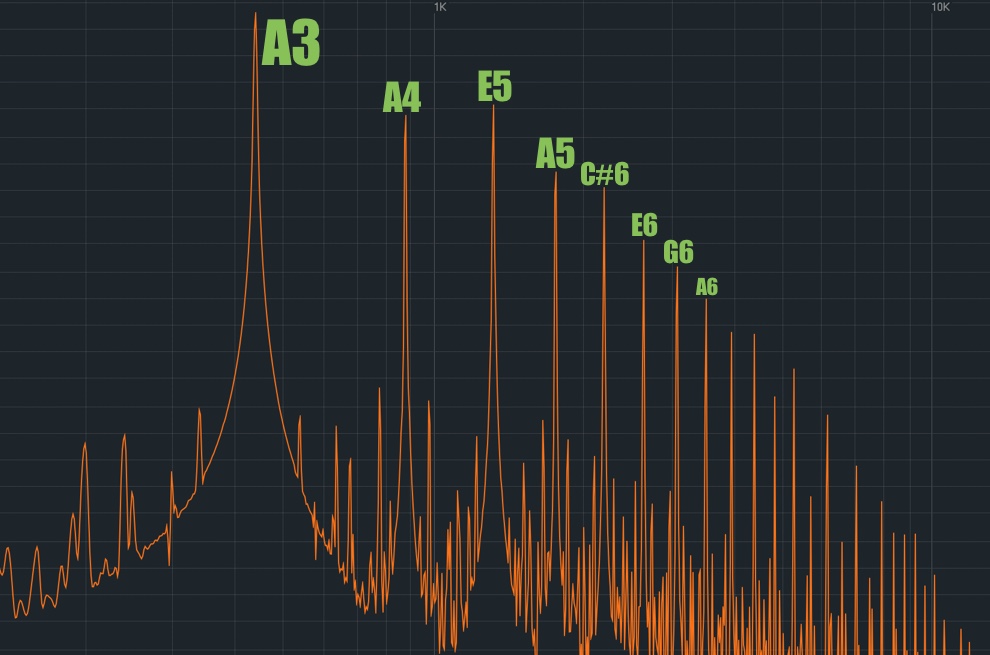 The numbers as you can see correspond with the list above. The first 3 harmonics (2, 3 and 4 as multipliers) are super nice, only octaves and a perfect fifth! But as you can see all tones are musical frequencies which correspond to the note-names of our modal system.

There’s a lot of discussion about what sounds better EVEN or UNEVEN/ODD? Check out this video for example:

In my opinion it’s about the mix between ODD and EVEN harmonics which creates the best saturation. And the level at which they are generated. Although I only mentioned the first 7 harmonics, most saturation devices will generate overtones which will go much higher than that. Some even go beyond 20 kHz (beyond the 10th octave!) and might even cause aliasing issues!

Very high harmonics might result in a thin sound. So adding a low pass filter before distortion can be super useful. And don’t forget that using a high pass filter before overdrive is a great way to minimise nasty intermodulation.

Only EVEN harmonics in Live?

I love the Saturator device of Live. Ableton should really consider to release its native effects as Reason Rack Extensions! There are many people like myself who use both programs and would love to use these fantastic sounding effects in both programs!

The Saturator is a very flexible saturator, capable of all sorts of overdriven tones. It’s possibly the most flexible saturation effect ever. Its perfectly capable of only generating EVEN harmonics. Somehow Ableton didn’t add it as one of the standard Curve Types (Ableton, are reading this?). But when we select Waveshape as Curve Type we can roll our own curve, which is über cool. What we need is something that looks like this: 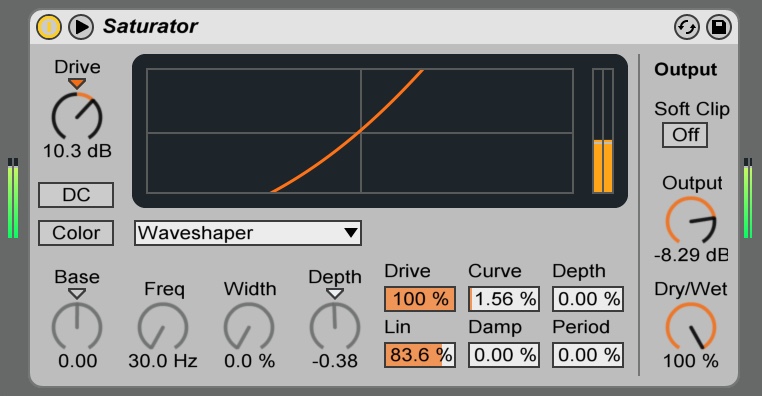 Only ODD harmonics in Live?

For generating ODD harmonics in Live you only need to select the Saturator effect and choose the Curve Type that sounds the best to your ears. All Curve Types will generate only ODD harmonics. Have a look: 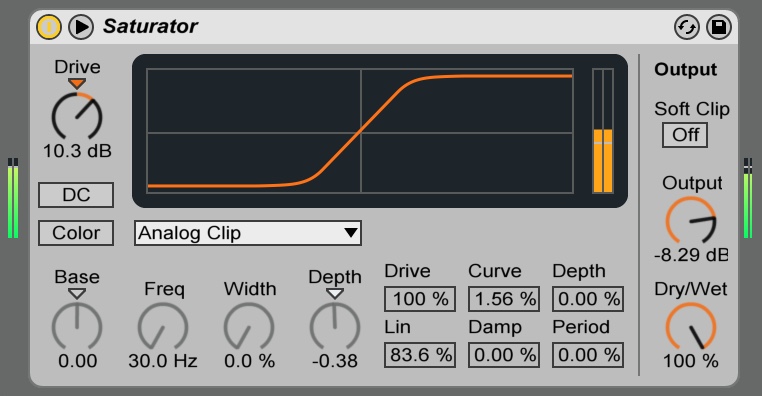 Please don’t be blinded with science! I am not either. Sending a 440 Hz tone through devices is not a real life kind of thing you want to do for a long time. You better apply some saturation to cool sounding stuff. Just experiment, using your ears. Apply some overdrive to guitars, bass, drums, vocals, anything really. Overtones are lovely additions for a signal.

How to generate odd and even harmonics in Reason?
Ableton Link opens a whole new world for Reason users

2 Responses to How to generate odd and even harmonics in Live?