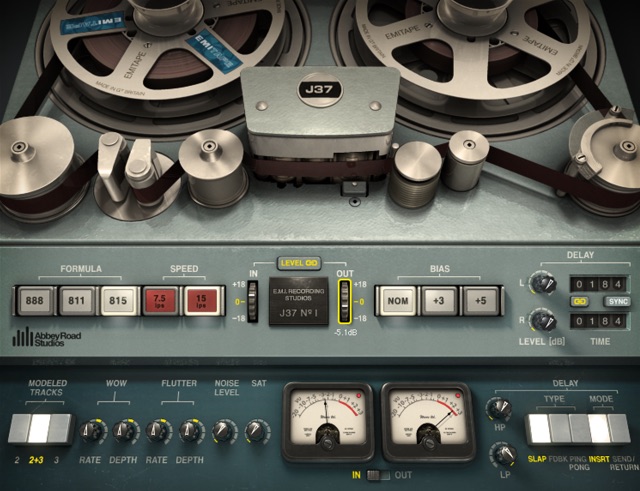 The famous Studer J37 Tape Machine was modelled by Waves. The following quote comes from the Waves J37 manual (PDF-link):

While the J37 was used on many famous recordings, it is perhaps best known for its innovative use on “Sgt. Pepper’s Lonely Hearts Club Band.” Producer George Martin utilized the machine not only for recording but also as a creative production tool, bouncing tracks between two J37s and creating layer upon layer of sound to achieve groundbreaking sonic textures.

I downloaded the demo version of this plugin today. One of the first things I tried was overdriving the tape by setting the input level a bit higher. This generated some lovely odd harmonics.

By using a sine wave test tone I found out that the saturation effect of this plugin is generated by soft clipping, as was to be expected since soft clipping causes tape like odd overtones. I then tried to find the same odd overtones in Propellerhead Reason and Ableton Live. That was super easy:

Of course the Waves J37 has much more to offer than just saturation (wow, flutter, noise and more) but it’s cool to find out that the tape like saturation is really easy to simulate with the default devices of Reason and Live. In Reason The Echo and Synchronous also deliver very tape like odd harmonics. Slightly different sounding than Soft Clipping in Thor, but non the less super tape like! Just see and hear for yourself, experiment!