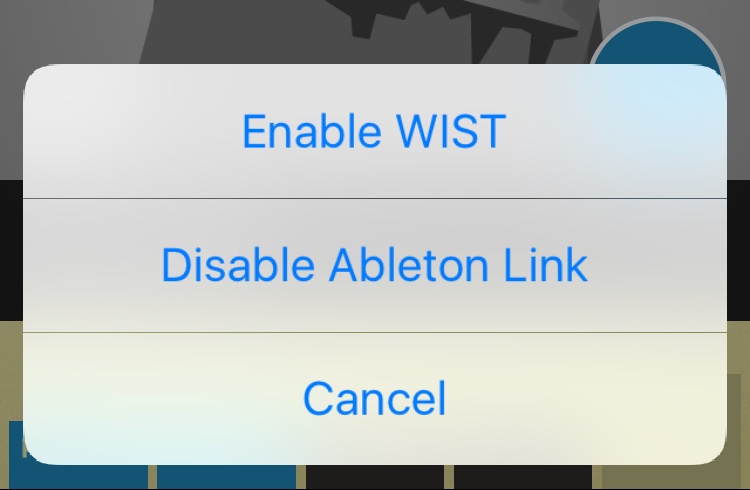 Back in the day in the early 90s syncing computers was hell. Syncing a Atari 1040st computer with a tape machine using SMPTE was hot f#cking burning hell. To make a long story short: stuff ran completely Out Of Sync all the time.

MIDI Time Code and MIDI Clock are lovely inventions but these protocols often caused issues. Making computers and sequencer devices to run out of sync. Happened to me a lot. Even when using two laptops which were connected using MIDI Clock.

Fast forward to today. Some time ago Ableton introduced the Link protocol for syncing devices using a wireless LAN connection between iOS devices and/or laptops. This protocol is Da Bomb! It is the best sync ever and so super easy to use it hurts. You simply activate Ableton Link in a supported app like Propellerhead Figure, Novation Launchpad for iOS, NI iMaschine 2 for the iPhone/iPad and many, and you’re ready to play!

It syncs wireless and you can sync as many iOS devices and laptops as you want. It’s great fun syncing (or should I say linking?) my MacBook Pro Retina with my iPhone 6s. And a week ago I had much fun syncing/linking the iPad and iPhone of a friend of mine to my iPhone. During our weekly open coffee we could easily start an on the fly improvisation using a bunch of apps.

A super cool thing about Link is that there’s no master sync! Anyone can join when something is streaming using Link. Anyone can change the tempo. And when the one who has started first, stops his/her app, the other apps will keep on playing. This is GENIUS! So you can create super improvised pieces of music will all sorts of people enter the stage if they want. They can bring in a laptop/iOS with apps that supports Link and off the go.

It’s great to see that Propellerhead Figure is also a big supporter for Link. I have asked the Props to start supporting the Link protocol in Reason as well, like in Ableton Live. We have see about that. And what if Akai, Korg, Novation etc. would add Link support to their hardware? Sure it needs a LAN wifi module, but that would be super easy in the age of The Internet Of Things right? And what about using Link for syncing audio with video apps/devices? Hell yeah!!!

Link is da bomb. It opens up a brand new world for improvisation by connecting our grooves. Swinging together.

UPDATE: Reason 9.1 now supports Link! Just what I asked for some time ago… Reason is among the first desktop apps to support it. This will change the way how we make music on computers!